SSG Erik Olson enlisted in the army at the age of 17, by obtaining special permission from his parents just prior to high school graduation in 1986. Initially, Olson served as a 19D Calvary Scout with the 7th Cavalry in Budingen, Germany. Afterwards, Olson spent several years outside of the military, obtaining tremendous business experience that greatly aided him when he re-enlisted in the military in a new capacity, following 9/11.

After 9/11, Olson served as a 37F Psychological Operations TPT Team Leader. He served three tours of duty in service to his country in this capacity, two in Iraq and one in Afghanistan, a total of 42 months downrange in combat.

During his first tour in Iraq, which began in January 2008, his area of responsibility was in the region of JSS Sadr City as the only Psychological Operations (PsyOp) team in the THAWRA-1 and THAWRA-2 in the Sadr City District around Route Gold. The work done in those areas was integral to coalition forces success leading up to and during the Battle of Sadr City around Route Gold.

In Afghanistan 2011, he served in the Nangarhar and Kunar Provinces, fighting in the volatile Kunar River Valley Region.

At the conclusion of his last tour of duty, while recovering from combat injuries, he was assigned to the Warrior Transition Unit at Fort Belvoir in Virginia to recover and begin the arduous process of medical retirement. Due to the massive backlog within the VA disability process, it took nearly two years for him to obtain his ratings and be medically retired.

This left Olson away from family for 3 1/2 years due to combat and away from them for another 2 years after combat! His retirement due to combat related injuries finally became official in April 2014 and, like thousands of other veterans, he struggled with the emotional process of coming home from war. One month after his retirement, he and his wife founded Warrior Summit Outdoors LLC and created their television show, to help him and other veterans heal in healthy ways. 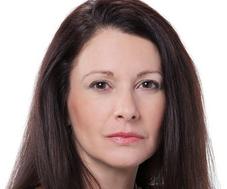 "Sarge" is a male Black Labrador Retriever with a very sensitive personality–he can tell when a veteran is struggling emotionally. He is also a great upland hunter and trained on water fowl too.

Deucy is a Chesapeake Bay Retriever–a powerful dog at ninety two pounds of "twisted steel" (naturally–she's named after a Ma Deuce, afterall) and she's true to her breed, a lover of the water. Her sire was Select Dog at Westminster...she comes from stunning lineage and we suspect she will be a great hunter in her own right soon enough.

You can learn about their breeder here:
www.redlionkennel.com.

Tiffany Cloud Olson's interest in veteran’s issues sparked years ago when she was a vice president at a company that manufactured power chair devices for the people with mobility issues, inclusive of veterans. She married SSG Erik Olson in 2010, following his two tours in Iraq and prior to his tour in Afghanistan.

Cloud Olson approached her husband about doing an outdoor show after he retired from the military to stay busy and for his own form of therapy...but the concept quickly evolved into far more than a show about him...it became a show about all veterans struggling with invisible wounds and how outdoor activities can be a healthy means of healing those wounds vs. other routes such as isolation and self-medicating.

She Co-Executive Produces and writes "Warrior Summit Outdoors" and can be reached to arrange press interviews and/or for sponsor/advertiser contacts.

It was during his Afghanistan tour that Cloud Olson wrote her first book, a memoir, Sleeping with Dog Tags as “personal therapy" to get through all of the sleepless nights of his deployment. She self-published the book, never expecting it to be received the way it was: military spouses all over the country have read it and related and many veterans have read it to better understand war from the perspective of the one waiting, wondering and worrying on the home front.

Sleeping with Dog Tags hit #3 Hot New Release on Amazon.com for military/spy bio & The Best Sellers List, same category, within the first month of its release, October 2012. During that same timeframe, the book was ranked #45 on Amazon.com of all books released by/about women during that time period. You may purchase the book on Amazon.com via paperback or Kindle if you wish to learn more about her story, a story that has some common thread with many spouses of combat veterans. She has donated the majority of proceeds from book sales to veteran/military family causes.

Get to Know Our Team 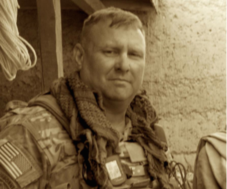 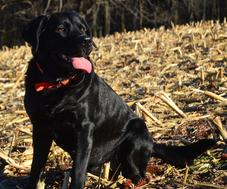 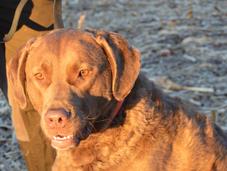